Brewed near you: breweries near your apartment in Bloomfield 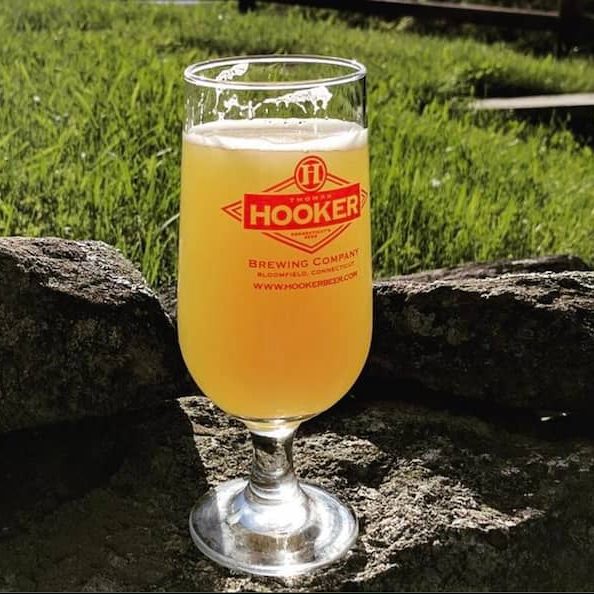 We love all the fresh, tasty food that local farms have to offer around Bloomfield. But did you know that it’s possible to drink locally, too? And not just by visiting the excellent bars and restaurants that are a quick walk from our door at Heirloom Flats. There are also two breweries in town, both of which you can visit. Short of brewing your own beer, it’s the shortest route from the brew kettle to your apartment.

Started in 2003, Thomas Hooker Brewing Co. is among the oldest on the state’s growing list of breweries. The brewery, named after the founder of Hartford, also has some of the most widely available beers of those brewed in Connecticut. You’ve probably seen them at the supermarket or on tap your favorite bar.

However, we recommend trying their beers at the brewery. The tap room at Thomas Hooker is open four days a week and you can take a guided tour on Saturdays. Or for the full brewery experience and an evening out, try their open houses. These happy-hour events draw a lively crowd on the first and third Friday of every month from 5 to 8 p.m. For $10, you can take a guided tour, hang out in the tap room, and get a pint glass to keep. But if you’d rather just take beer home to your apartment, you can always fill up your growler during tap room and tour hours. The brewery is roughly three miles from Heirloom Flats, an easy distance in Bloomfield.

What about the beer itself? Thomas Hooker offers about 20 beers, including seasonal offerings and limited releases. The usual popular styles—IPAs, porters, and pilsners—are all covered. Among those in the know, their lagers get high marks. Beer Advocate reviewers especially like their Liberator Doppelbock.


IPAs and a few surprises

Newer to the Connecticut beer scene is Back East Brewing Company, turning five this year. The name comes from one of the founders, a Connecticut native who got into brewing in San Diego before moving back home. The California influence apparently stuck. Back East describes at least one of their beers as “West Coast style.”


Back East has a small collection of beers offered year round, including their flagship brew, an amber ale. IPAs are reportedly their strong suit: they were the only brewery to place three in a recent ranking of the 50 best IPAs in America. But Back East also has some more unusual offerings that are brewed only occasionally and available mostly on draft. (There’s even a signature beer for a beloved local festival, the Windsor Shad Derby.) To buy cans of these special editions to bring back to your apartment, you have to go to the brewery. That’s reason enough to visit.


If you go, Back East is about 3.5 miles from Heirloom Flats. The tap room is open Thursday through Saturday and tours are offered Saturday as well. Don’t forget your growler to take beer home to your apartment!