It’s modern, it’s historic, and it’s near our apartments 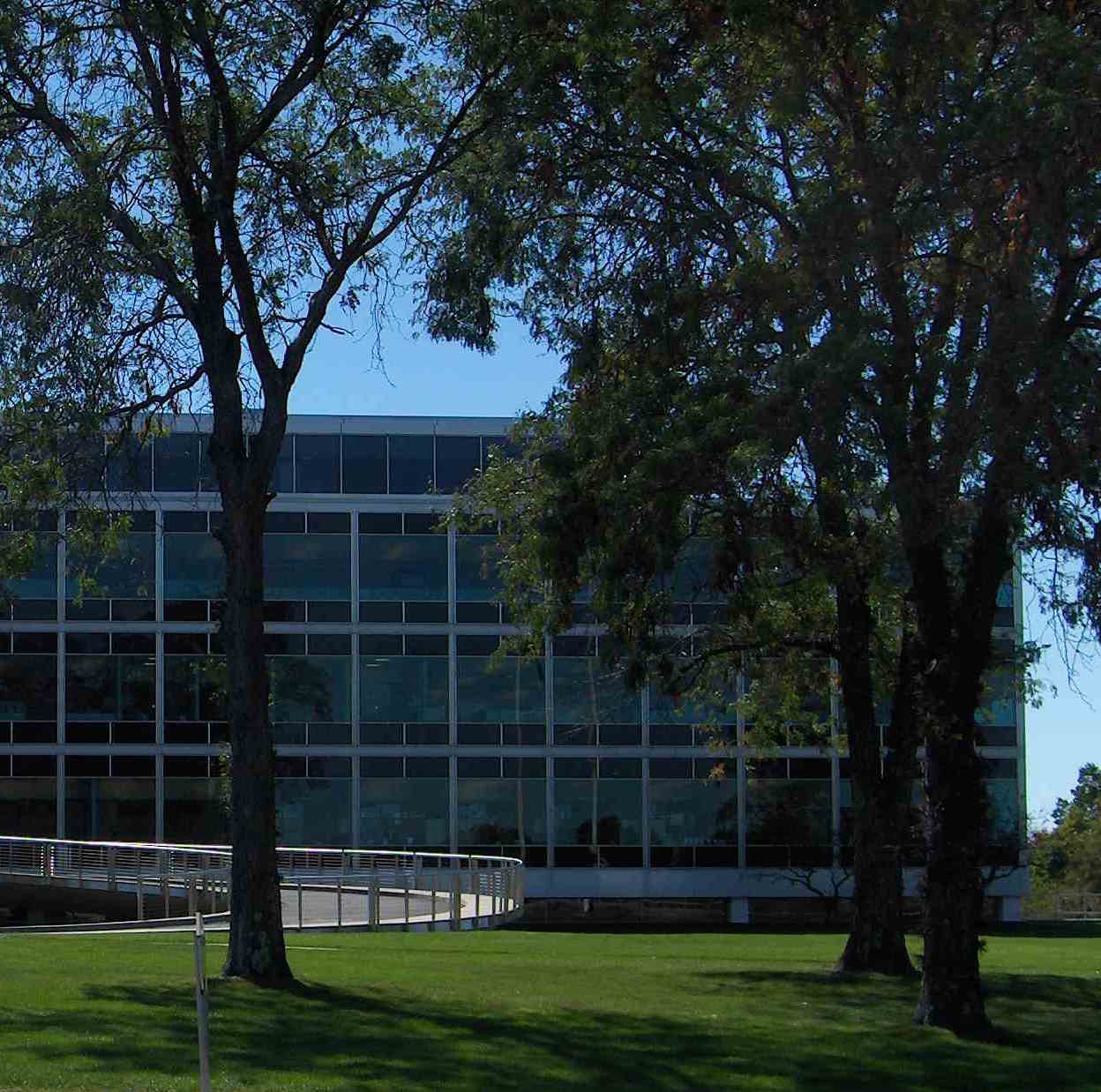 There’s one place in Bloomfield that contains both a 19th century house and a midcentury modern office building. This alone would be intriguing, but it also has a golf course—with artwork by an acclaimed modern sculptor. Not to mention that it’s also home to the town’s largest employer. What’s this unusual setting a mile away from Heirloom Flats? It’s the Cigna campus. And it has a fascinating story that long predates our Bloomfield apartments.

From Mad Men to Green Acres

To understand why Cigna’s Bloomfield buildings and grounds are no ordinary corporate digs, it helps to have a bit of background. Before Cigna was a worldwide insurance giant, it was the Connecticut General Life Insurance Company, founded in Hartford in 1865. When Connecticut General moved five miles north to bucolic Bloomfield in the 1950s, it was on the edge of a trend. Companies were only beginning to relocate from cities to greener surroundings, starting the era of corporate campuses and office parks. Entire books have been written on the subject.

To design the campus, the company hired the prominent architecture firm of Skidmore, Owings & Merrill, today known for some of the world’s tallest buildings. The lead architect was Gordon Bunshaft, hot off the success of the Leever House, the quintessential sleek glass office tower of the period. (He was a few years away from his most famous Connecticut work, the Beinecke Library at Yale University.) As designed, the buildings were textbook examples of the International Style of architecture—crisp, geometric, and unadorned. (These vintage photos show it best.)

The buildings were only part of the project, however. The top talent of the day all had a hand in creating what the architects described as “a highly civilized and satisfying office environment.” Noted sculptor Isamu Noguchi shaped the grounds, which included a courtyard garden and sculpture for the main building. (It’s a detail we appreciate—we’ve commissioned artwork for our apartments, too!) Architect and entrepreneur Florence Knoll designed the interiors. (See more of them here.) Leading graphic designer Lester Beall developed a new corporate identity. (That logo!) From the landscape to the letterhead, every component complemented a singular vision of a modern workplace.

Echos of the past

In the early 2000s, Cigna sold off part of the campus, which is now the Gillette Ridge Golf Club. But the golf course retains some reminders of the Connecticut General days—and even earlier times. A Noguchi sculpture, “Family,” is out on what is now the green. Gillette Ridge also remembers through its name Francis Gillette, a 19th century senator, abolitionist and temperance advocate who lived in Bloomfield. His house still stands on the property.

Still working near our apartments

What was once the workplace of the future is now historic. Preservationists succeeded in getting the Bloomfield Cigna campus listed on the National Register of Historic Places. That makes this 60-year-old property one of Connecticut’s youngest designated architectural landmarks.
The campus’s influence is still felt in workplaces near and far. Fifty years later, then-new features like open-plan offices and onsite employee amenities are common. Comparisons to present-day Silicon Valley tech company headquarters are even sometimes made. And, of course, the Cigna Bloomfield campus itself is still an active workplace. Today, over 3,400 people work there, just down the road from Heirloom Flats.